(Reprinted from my other blog http://allgoodnewsalldaylong.com for May 24, 2009)

I got the wonderful opportunity today to meet up with one of my Facebook friends, Kerstin, who lives in Germany. I've only ever interacted with her on Facebook, but she let me know when her airline (Lufthansa) was coming to Seattle so we could meet. I went over on the Bainbridge ferry this morning and picked her up at her hotel. I found out that she loves pizza, so I took her to my favorite pizza place in Seattle (Pegasus on Alki Beach). We walked along the waterfront for a while in the beautiful sunshine, talking and getting to know one another a little bit. I want to share some photos of what we saw today. There are a lot more on Facebook, if you happen to be there too. Thanks, Kerstin, for being willing to meet up with a virtual stranger today and leave at the end of the day with a new friend. 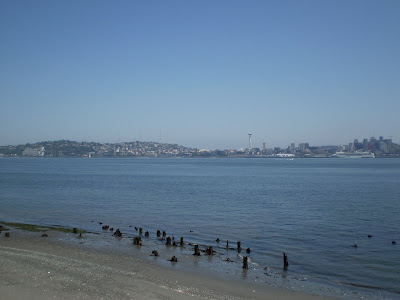 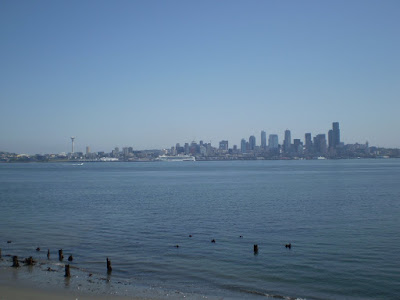 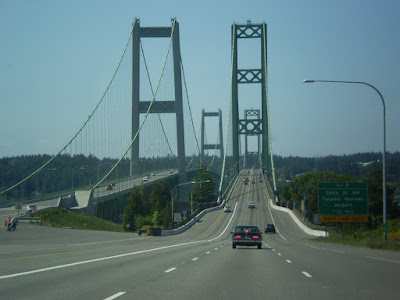 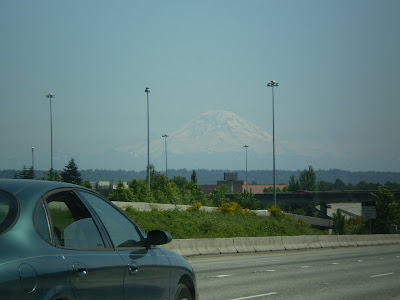 Beth Mitchum is the author of five novels, one collection of poetry, and one music CD. Her works are available at Amazon.com through the following link:

http://tinyurl.com/bethmitchumbooks
Posted by Beth Mitchum at 3:08 PM No comments:

NH Same-sex Marriages Legal but Not Made in Heaven

In order to pass a law to allow same-sex marriages to be performed legally in the state of New Hampshire, the governor is asking for some allowances to be made for religious institutions to continue practicing discrimination and homophobia without censure. While I think it is good that the law is going to pass, I also believe that if religions are going to be allowed to operate in a manner that is clearly discriminatory against certain groups of human beings, then they should be stripped of their tax exempt status. Why should the ones who persecute the LGBTQ community for wanting "special rights," which amounts to the same rights as every other American citizen, be allowed the "special right" of not paying taxes? In what world does this make sense?

I ask only to be treated as an equal to all other citizens of the United States. That I would have equal rights under the law, equal rights that include being able to wed the person of my choice, to adopt and care for children in need, to obtain and be able to keep a home or job of my choosing. Like Martin Luther King, Jr., I have a dream. It is one where Susie and Becky, Bobby and Teddy, will be able to run around on the playground holding hands without fear of taunting, when they are six and also when they are sixteen. A dream where parents correct their own children when they toss the word "gay" around in a way that is clearly intended to be taken negatively. Those kids would not do that unthinkingly if parents would educate them about gay children and teens who have committed suicide because of the teasing they received from peers. They would not do it if they knew that their parents would call them on it, just as they would if they had used a racial slur in their presence.

I have a dream that one day the rest of the population of the United States will wake up and realize that discrimination against same-sex couples has no legal foundation or justification. That it is only personal and religious beliefs, which have been drilled into all of us since birth, that makes anyone think they have a just cause to limit civil rights to certain groups of people in this country. A significant portion of the population has already realized this truth, and thankfully they are joining the movement to end legalized discrimination in this country. Hopefully too, more people will realize how wrong it is to allow special tax exempt status to religious institutions that seek to deny equal civil rights to certain groups of American citizens.

Beth Mitchum is the author of five novels, one collection of poetry, and one music CD. Her works are available at Amazon.com through the following link:

http://tinyurl.com/bethmitchumbooks
Posted by Beth Mitchum at 10:44 AM No comments: