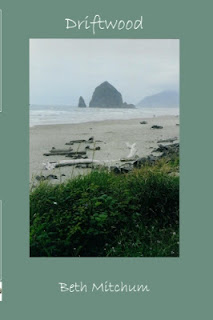 I knew from the moment I spotted her on the beach that my life would never be the same.  I don’t know what it was exactly that drew my attention to her.  Yet I knew instinctively that she was it—the catalyst.  I was forever changed before the first “hello.”
I had just finished washing dishes in my cottage on the coast.  It was September, and my husband and I were taking the first vacation he had managed to steal away from his interminable caseload.  Paul was a successful lawyer.  I was his wife.  I had been begging him all year to take me to the beach for a change of scenery.  Out of self-preservation, he finally arranged it.  He had tried initially to convince me to go by myself, but I refused.  I wanted my husband by my side.  I didn’t want to travel alone, like a woman who didn’t have a man who cared for her.  It wasn’t long, however, until I began wishing I had left him behind.
It was on the second evening of our vacation that I found myself walking alone on the beach.  The summer crowds had dwindled away, so I was able to amble along without running into more than a dozen people.  I assumed they were mostly local residents and perhaps a few visitors taking advantage of the off-season to spend a peaceful week at .
As I walked on the loose sand, my gaze took in the waves crashing against the dark rocks that lay scattered along the shore.  Huge rocks that reminded me of giant toys left behind by titanic gods of another world.  Their size amazed me.  Their geologic history intrigued me.  As I surveyed the scene, it was hard to tell which was the stronger of the two elements.  I knew that water had the ability to wear away the hard, solid surface. Yet as the powerful waves slammed into the rocks, they were instantly transformed into mere saline droplets.  Watching this interplay of water and rock, I felt as though the rocks were my heart and the waves my emotions.  Feeling a slight chill in these thoughts, I pulled my windbreaker close around me as I walked in the direction of Haystack Rock, the largest remnant of volcanic expulsions found at this particular point along the shore.
I came upon her at a particularly isolated section of the beach.  She was sitting atop one of the many logs that had washed up on the shore.  She herself looked nearly as weathered and battered as the wood upon which she was perched.  Her long indigo hair was flipping wildly in the ocean breeze, snaking around the acoustic guitar cradled in her arms.  She was wearing a navy blue T-shirt and a pair of faded and tattered blue jeans.  Her feet were bare, although I noticed an incongruently new pair of blue Birkenstock sandals next to where she was seated.
It was her silhouette that first caught my attention.  She was playing her guitar and singing passionately to the waves, though I could hear nothing above the sound of the roaring wind and crashing waves.  Desiring to hear her voice, I ventured closer, hoping she wouldn’t stop her performance before I could get near enough to hear her singing.  I approached from the rear, for I had the distinct impression that she wouldn’t appreciate having an audience.
When I got within hearing range, I was delighted to find that her voice was rich and mellow, like a vintage red wine, smooth and silky, and just a tad sweet. I inhaled the melodic bouquet, swishing the sounds around in my head.  Her guitar sounded full and sensuous, its tones creating resonance with the emotions in my heart.  By the time she finished her song, I was almost close enough to reach out and touch her, but I didn’t.  Instead I waited breathlessly for the music to begin again.  When it did, I eased myself into a sitting position on a nearby log.
I had seated myself slightly to the right of her.  Hopefully far enough behind her that she wouldn’t notice me, yet close enough to watch her marvelously talented hands.  She was playing an intricate tune on her guitar, her trained fingers finding just the right spots on the neck of her instrument.  Her right hand deftly picking out the melody in a way that made me feel as though she were making love to her guitar, rather than merely playing it.  I strained to understand the words that were falling from her lips.

Things have changed; I’ve lost my way.
The skies I used to see have faded into gray.
Day by day, I’ve fallen back.
Memories of my yesteryear
have thrown me off the track.

Looking ahead to the morning sun.
Trying to stop myself from being on the run.
Life is not as I wanted it to be.
I’ve become someone who is not really me.

Choices are simple, as long as they’re not mine.
Answers are easy, but changing takes up time.
I can never face tomorrow from the standpoint of today.
Goals I want to reach are a million miles away.

Letting go of the days gone by.
Praying that the veil will fall from my eyes.
I’m going to find that road again.
It may take time and just a little bit of pain.
Choices are simple, as long as they’re not mine.
Answers are easy, but changing takes up time.
I can never face tomorrow from the standpoint of today.
Goals I want to reach, they seem a million miles away.

If there is an answer,
then it better come quickly
I need an overdose of reality.
I thought that getting high
would surely set me free.
But now the walls are moving;
darkness is closing in on me.

Snag the Kindle edition now so you can keep on reading.